Essex opening batter Nick Browne marked his first appearance for Suffolk in nine years with an unbeaten 90 which took them to a nine wickets win over Norfolk in their opening National Counties Trophy match at Mildenhall.

Browne also made a half century on his only previous appearance for Suffolk, also against Norfolk, at Bury St Edmunds in May 2013 but on that occasion it came in a losing cause.

This time his 110-ball innings helped Suffolk chase down a target of 230 in a match reduced by rain to 46 overs a side.

Jack Beaumont dominated an opening stand of 83 with Browne with a brisk half century but Browne and Ben Claydon (80 not out) then saw Suffolk home with a perfectly-paced unbroken second wicket stand of 149.

Norfolk’s total of 229 for six was built around a fourth wicket partnership of 107 between Tom New (70) and Nottinghamshire all-rounder Sammy King (47) on his National Counties debut.

Oxfordshire, who won the National Counties T20 last week, opened their trophy account with a five wickets win over Herefordshire in a rain-reduced 35 overs contest at Eastnor.

Ollie Currill, the hero of Oxfordshire’s T20 semi-final victory over Cheshire, was again in the wickets, this time taking four for 23 which had Herefordshire in disarray at 63 for eight.

They recovered to 146 all out thanks to 60 from Zain ul-Hassan and 44 not out from Barney Morgan, the ninth wicket pair adding 60.

Oxfordshire wobbled in reply but Marcus Campopiano (60) and Tom Condon then added 101 for the third wicket.

Three wickets then went down for 19 runs and nine were required from Morgan’s final over but Currill settled the issue with a huge six off the fourth ball.

Cambridgeshire piled up the day’s highest total, 391 for seven, which proved 97 runs too many for Cheshire at Exning.

Ben Seabrook (66) and Jack Potticary (81) laid the platform for Cambridgeshire’s huge total with an opening partnership of 143 in 24 overs.

Nikhil Gorantla and Wayne White then weighed in with rapid half centuries to further punish Cheshire’s bowlers.

Sam Perry led Cheshire’s chase with support from Harry Dearden and Alex Money fired off more defiant shots, with 96 from 89 balls, before he was last out.

Berkshire made an impressive start to their defence of the Trophy by crushing Devon by ten wickets in their opening Group Two match at Henley.

Former Durham UCCE fast bowler Mungo Russell, who missed all of Berkshire’s 2021 campaign with a stress fracture of the back, took five wickets on his Trophy debut to help dismiss Devon for 161.

Openers Savin Perera (84 not out) and Archie Carter (69 not out) made light work of the target, easing Berkshire home inside 29 overs.

Sam Jarvis capped memorable weekend by taking four wickets on his debut for Bedfordshire, who beatHertfordshire by six wickets at Bedford School.

On Saturday Jarvis made 104 for Oundle Town against his former club Peterborough Town, his first Northamptonshire Premier League century.

For Bedfordshire he impressed with the ball by taking four for 18 in nine tight overs of medium pace which, with three wickets for Leicestershire seamer Alex Evans on his seasonal debut, dismissed Hertfordshire for 146.

Dominic Chatfield, who was seventh out for 63, held Hertfordshire together but Bedfordshire got home with more than 17 overs to spare with captain George Thurstance making 48 and Aaron Thomason 45.

A competition-best return of four for 15 from leg-spinner Nico Watt helped Cumbria to a three wickets win overLincolnshire at Scunthorpe.

Watt topped and tailed his haul with the wickets of Ben Wright (58) and Jordan Cook (42), who were both LBW.

Matt Sempill (43 not out) played the key innings as Cumbria got home with more than ten overs to spare.

Gloucestershire Academy batsman Ollie Meadows played a key innings on debut for Wiltshire to help them to a three wickets win against Dorset at Marlborough College.

Wiltshire were wobbling at 72 for four before Meadows (43) joined Ben Draper (50) in a fifth wicket stand of 88 which got them most of their way to a target of 195.

Off-spinner Joe King took a competition-best five for 42 to help dismiss Dorset for 194 after Hampshire openers present and past, Felix Organ and Oli Soames, had added 64 for the first wicket.

All but 76 of those runs were scored in a fourth wicket partnership between Conrad Louth and Ross Richardson.

Steve Reingold, whose performances for Wales on their run to last season’s Trophy semi-finals helped to secure a contract with Glamorgan, then steered them to victory with almost eight overs to spare with 88 not out from 108 balls. 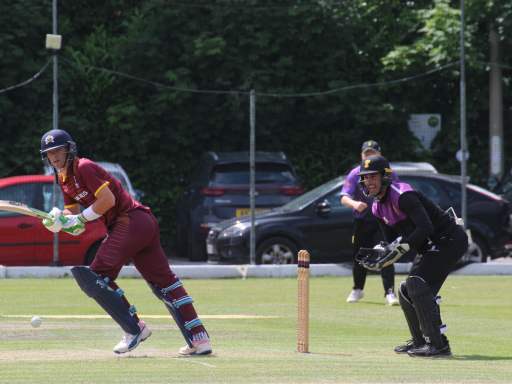