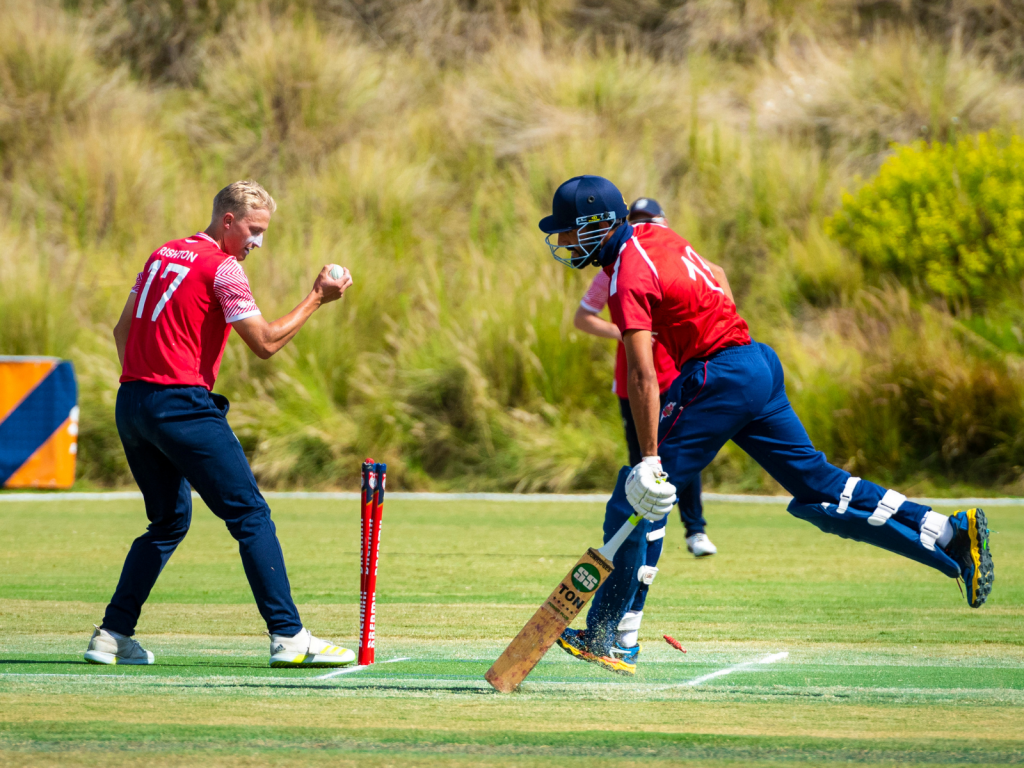 National Counties XI secured their place in the Dream11 European Championship play-offs with victories over Italy and Austria at the Cartama Oval in Malaga.

National Counties, who are representing England at the 15-nation T10 tournament, finished top of the play-off group with their back-to-back wins coupled by defeats for previously unbeaten Belgium against Netherlands and Spain.

National Counties started the day by beating Italy by seven wickets with 17 balls to spare.

Wiltshire seamer Arthur Godsal took three wickets for 14 in his two overs with Richard Edwards of Wales NC producing another miserly spell with the new ball – two for 21 – and Berkshire off-spinner Max Uttley taking two for 12 to restrict Italy to 60 for eight.

Staffordshire’s Alex Mellor, with 19 not out from 12 balls, and Tom Bevan of Wales NC, with 27 not out from 11 balls, saw National Counties home in an unbroken fourth wicket partnership of 32.

National Counties had a stiffer target to aim at in the second match of the day but they needed only 39 balls to chase down 109.

Austria made 108 for eight with Edwards again impressive as he took two for 15 and his Wales’ team-mate Sam Pearce followed up with two for six in his only over.

Harrison Ward, of Oxfordshire and Sussex, launched the reply with 36 from all balls, with five sixes, and the attack was maintained by captain Dan Lincoln (Berkshire) with six sixes and 12 fours in his 50 not out, which came from just 18 balls.

Mellor finished unbeaten for the second time in the day with 18 from 11 balls in an unbroken second wicket stand of 69 which took National Counties to an emphatic nine wickets win.

National Counties will now play Netherland and Belgium on Thursday October 7 with the semi-final eliminator, semi-finals and final to follow on Friday.