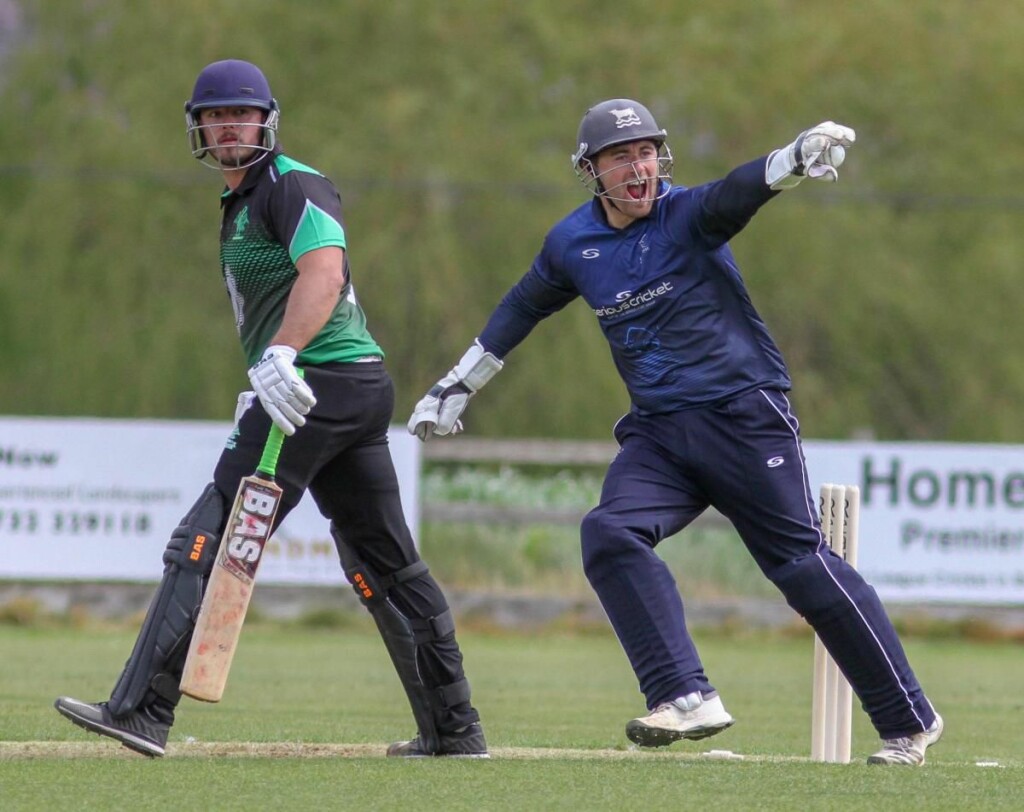 Jonny Cater will have twin aims when Oxfordshire host Suffolk in the quarter-finals of the National Counties Trophy at Banbury on Sunday: to take his side one step closer to a second title of the season and to improve his prospects of becoming the competition’s Most Valuable Player.

The wicketkeeper/batter has led by example with centuries in the win over Northumberland – from just 52 balls – and in the tie with Cumbria at Banbury helping them to finish top of Group One in the Trophy and secure home advantage for the quarter-finals.

Those two innings have also lifted Cater to second place in the Most Valuable Player rankings for the competition on 27 points, just three points behind the early pacesetter, Nic Keast of Lincolnshire.

But, as Lincolnshire failed to make the quarter-finals, Keast cannot improve on his haul of 30 points so Cater could overtake him on Sunday and, if all goes to plan, have two more games to go further ahead in the rankings.

Berkshire’s Andy Rishton was the winner of the inaugural MVP for the National Counties Trophy last year.

The MVP rankings were introduced to ensure clear and accurate monitoring of performance with rewards going to the best all round players in each format, across the season.

The MVP takes into account a number of different factors, combining a player’s overall performance, not just wickets, runs or catches. There are many skills that are needed to become the leading performer, and this structure ensures the top all-round player is rewarded.

“Anyone would be lying if they say they don’t look at the MVP, of course they do,” Cater said.

“It’s all about team performances and making sure that we get over the line as a unit. These competitions are massive for us.

“But it’s always nice to be recognised when you perform well as an individual. Looking at the two innings that have probably helped to get me into second place in the MVP, they have also provided us with an opportunity to get through to the quarter-finals of the Trophy.

“For me the most important thing is that my performances for the team have meant us qualifying for the quarter-finals.

“But any player will always look at the MVP, their stats and their points tally with a keen interest and you are obviously looking to win it as much as possible, but it’s about how we perform as a team and if my performances mean that if I do well in the MVP, that’s great.”

Cater will return to action on Sunday having missed Oxfordshire’s first two matches in their defence of the three-day Championship as he had booked a family holiday in Portugal before the fixtures were announced.

Oxfordshire have coped admirably without their inspirational captain, defeating Cheshire in a tough third day run chase at Alderley Edge then beating Herefordshire, after a stutter on the first evening, at Thame earlier this week.

Sunday’s quarter-final will be a re-match of last season’s Championship final at Tring and Cater knows that Suffolk will be keen to avenge their defeat there.

“We know that opposition are out there to beat us. We are massive target at the moment and we can never, ever take anything for granted,” he said.

“Yes, we have won two trophies in a matter of months, but we have got to make sure that we keep on going.

“That starts on Sunday against Suffolk who will obviously be wanting to avenge last year’s Championship disappointment and put in a good performance against us at Banbury.”