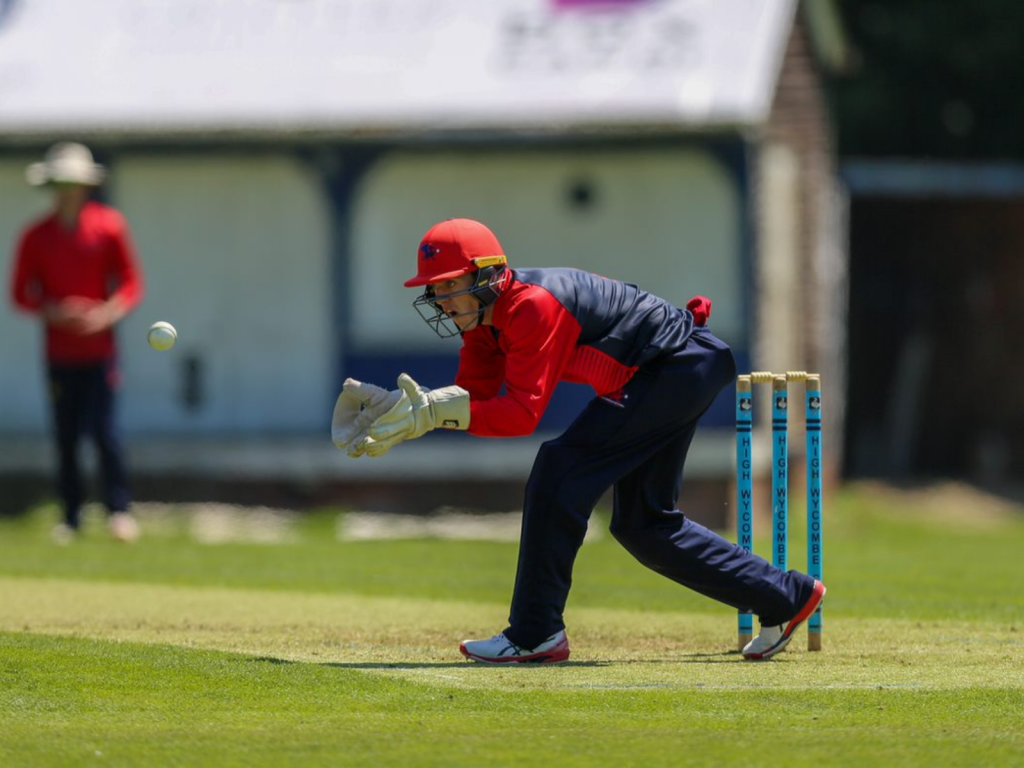 Wales NC lead the race for a place in the quarter-finals of the National Counties Trophy.

A two wickets victory over Oxfordshire at Banbury last weekend made it three straight wins for Wales and victory over defending champions Berkshire in their final Group Four match at Newport on Sunday would secure a place in the last eight for the first time since 2015.

Continuity has been one of the keys to Wales’ success and they have again been able to name an unchanged side with Lansdown batsman Oskar Kolk, who played first-class cricket for Eagles in Zimbabwe during the winter, in form having made a half century in two of the previous three group games.

Kolk has been playing Second XI cricket for Derbyshire recently while Wales captain Sam Pearce and off-spinner Tegid Phillips have been regulars in Glamorgan’s Second XI T20 side.

Berkshire welcome back wicketkeeper and assistant coach Stewart Davison and have added Wargrave leg-spinner Rhodri Lewis to the side beaten by Oxfordshire two weeks ago.

Seamer Robbie Shurmer also returns and batsman Freddie Smith is in line to make his first appearance of the season.

Tring Park all-rounder Jack Rodnight is in line to make his competitive debut for Buckinghamshire having played in a friendly against Oxfordshire last season.

Leg-spinner Stephen Croft is added to the side beaten by Bedfordshire last week.

In Group One Shropshire’s have been forced to move their scheduled match against Staffordshire to Oswestry from Wem following a positive COVID-19 test at the host club.

Wem’s pavilion and bar have been closed as a consequence and all matches involving the club have been cancelled this weekend meaning that Shropshire will make their second visit of the season to Oswestry where they beat Northumberland in the opening round four weeks ago.

Shropshire are missing leg-spinner Sam Whitney because of a shoulder injury and Worcestershire seamer Mitchell Stanley, who made his competitive debut in last week’s defeat by Cheshire.

All-rounder Sam Ellis returns to a 12-man squad which also includes potential debutant Ben Parker, a locally-produced pace bowler who is on the Worcestershire Academy.

Leek’s 18-year-old all-rounder Rory Haydon is in line to make his debut for Staffordshire having progressed through the county’s age group teams to Warwickshire’s Academy.

Northumberland break new territory by staging a match at Alnmouth & Lesbury’s Hipsburn ground for the first time withCumbria the visitors.

Unbeaten Cumbria have made one addition to the side that defeated Staffordshire two weeks ago with Carlisle’s Ben Davidson joining the squad to cover an injury concern over Paul Hindmarch.

Devon are without unavailable Somerset seamer Ned Leonard for their Group Two match against Wiltshire at Sidmouth.

North Devon paceman Jack Popham and Exmouth batsman James Horler are add to the side that beat Cornwall.

Herefordshire, who currently top Group Two, host Dorset at Brockhampton and have made one change to the side that beat Wiltshire last weekend.

Dorset give a debut to Hampshire Academy seamer Harry Petrie who replaces Scott Currie in the only change to the side beaten by Wiltshire two weeks ago.

Essex batsman Josh Rymell will make his debut for Suffolk against Norfolk in their Group Three match at Horsford.

Rymell, who was born in Ipswich, replaces Alex Oxley who has made himself unavailable this weekend.

All-rounder Ben Wilcox is in line to make his senior debut for Norfolk in place of Callum Metcalf who is struggling with a shoulder injury.

Wilcox, a product of Gresham’s School and the Downham School club, has progressed through Norfolk’s age groups and is now on Nottinghamshire’s Academy.

Leg-spinner Charlie Rogers returns to the side in place of Hudson de Lucchi in the other change to the side that beat Hertfordshire.

Lincolnshire have named Leicestershire all-rounder George Rhodes in their side for their Group Three match againstCambridgeshire at Grantham.

Rhodes replaces Sam Johnson in the only change to the side beaten by Suffolk last week.