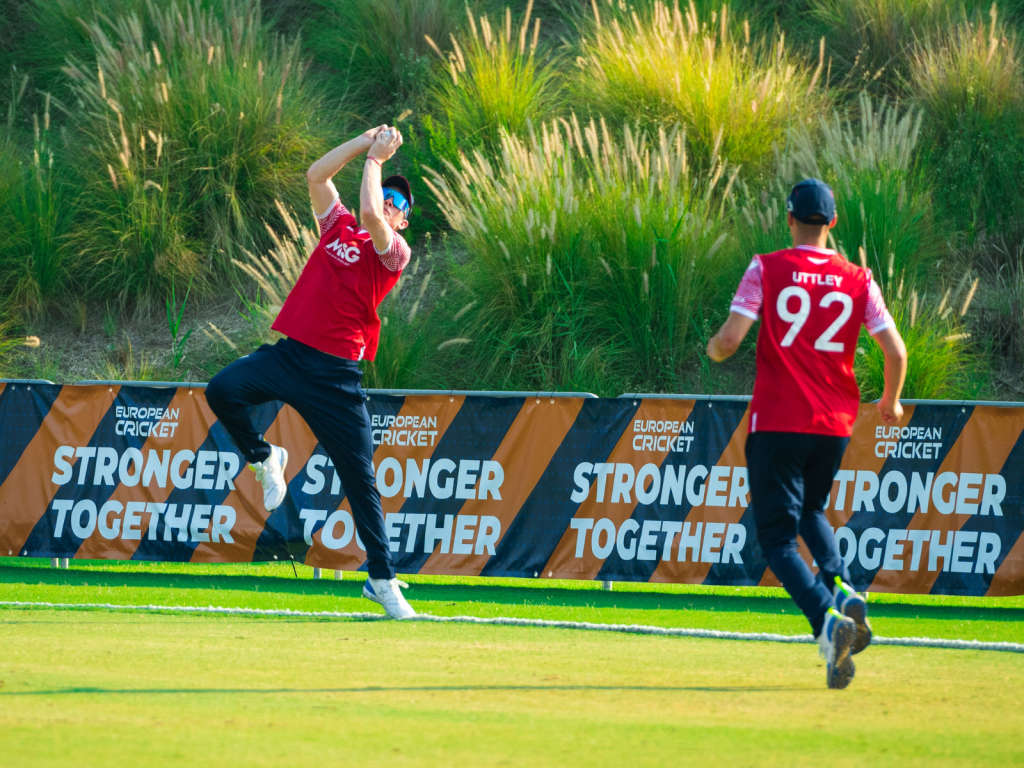 National Counties XI made it seven wins from eight matches in the Dream 11 European Championship with a double over Finland and Czech Republic in Malaga.

National Counties, who are representing England in the 15-nation T10 tournament at the Cartama Oval, opened the day with a 14 runs victory over Finland and followed up with an eight wickets victory over Czech Republic.

Captain Dan Lincoln (Berkshire) set up National Counties’ 113 for four against Finland with 56 from 26 balls, an innings that included five sixes and four fours.

Lincoln’s Berkshire team-mate Andy Rishton weighed in with 25 not out from nine balls – three of which he deposited for six.

Finland were restricted to 99 for six in reply with Wales NC leg-spinner Sam Pearce taking two wickets for seven runs in the one over he bowled.

Pearce quickly bettered that analysis against Czech Republic, taking three for 19 in two overs, to restrict them to 73 for six.

Herefordshire leg-spinner Alex Russell took two for seven in his two overs with Rishton taking the only wicket to fall to seam.

National Counties needed only 40 balls to reach their target with Lincoln making 25 from 15 balls and Staffordshire’s Alex Mellor an unbeaten 27 from 17 balls.

The two wins ensured that National Counties finished top of Group C and they will now face Germany, runners-up in the group, in their first qualifier match on Friday October 1.