Scotland international slow left-armer Ollie Davidson will make his debut for Herefordshire in their National Counties Championship Western Division One match against Cheshire which starts at Brockhampton on Sunday.

Davidson, who celebrates his 18th birthday next Thursday, made his One Day International debut for Scotland in their World Cricket League Two defeat by UAE in Texas last month.

He will now make his first county appearance for Herefordshire alongside his elder brother Jasper as Herefordshire go in search of victory in their second and final home Championship match of the season.

Bradford/Leeds UCCE batter Ali Chughtai, who plays his club cricket for Widnes, will make his debut for Cheshire with Oulton Park seamer Andy Dufty called up for his first Championship appearance having featured in white ball cricket this season.

Oxfordshire head to Finchampstead to play Berkshire, the side they deposed as Western Division and overall champions last year.

Sussex left-hander Harrison Ward is available to make his first Championship appearance in four years for Oxfordshire, his native county.

Batter Jamie Harrison and captain Jonny Cater, who missed the wins over Cheshire and Herefordshire, both return.

Berkshire are missing in-form opening batter Savin Perera because of injury so Johnny Connell will make his Championship debut.

There is a National Counties debut for batter Daniel O’Driscoll, who is on Middlesex’s books, with seamer Tom Nugent and slow left-armer Luke Beaven replacing Josh Lincoln and Jafer Chohan in the squad that beat Dorset two weeks ago.

Leicestershire team-mates Sam and Alex Evans – no relation – will be opponents when Lincolnshire face Bedfordshire in Eastern Division One at Grantham.

Sam, a batter, will make his National Counties debut for Lincolnshire with seamer and he can expected to be tested by seamer Alex, who has been a regular in Bedfordshire’s side this season.

Kurtis Watson, who plays for Bradford Leeds UCCE and Lancashire Second XI, is Lincolnshire’s other debutant with seamer Alex Moor set for his first Championship outing in three years.

At the top of the order Jaden Fell replaces Jack Timby as Joe Kendall’s opening partner.

Experienced campaigner Richard Kaufman has been included in Bedfordshire’s 13-man squad and is set to make his first Championship appearance. The same applies to Joe Lowe and Amrit Basra.

Staffordshire have moved their Eastern Division One match against Norfolk from Longton to Leek’s Highfield ground which will host a Championship match for the first time since 2006.

Staffordshire have made one change to the side that drew with Lincolnshire at Cleethorpes with all-rounder Dan Richardson returning in place of Scott Winnington.

Norfolk have also made only change to the side that beat Suffolk in their Championship opener with Charlie Rogers replacing Ryan Findlay.

Wales NC take a three-day match to Panteg CC in Griffithstown for the first time having switched their Western Division Two match against Wiltshire from Usk.

Wales have previously used Panteg for white ball matches and the ground was used as a home venue by Monmouthshire in the Minor Counties Championship, the last time in 1932.

Experienced seamer Aneurin Norman goes into the match needing two wickets to reach the 100 career milestone although he will first have to pass a fitness test by playing club cricket for Mumbles on Saturday.

Batter Connor Brown, another former Glamorgan player, has recovered from an ankle injury and all-rounder Brad Wadlan, who leads the National Counties Championship Most Valuable Player Rankings, has been excused coaching duties with Wales Under-18s in the hope that he can keep the senior side on course for promotion.

Bangor seamer Owen Reilly has been called up for his Wales debut and Pentyrch all-rounder Todd Wilcox, whose only previous appearance came eight years ago, has also been named in the squad.

Wiltshire include left-arm spinner Jake Lintott who will make his first Championship appearance in three years as he is not required by Warwickshire this weekend.

Josh Croom, Ben Draper, Jack Mynott and Will Naish are also named in a much-changed side to the one that beat Shropshire three weeks ago.

Batter David Laird has recovered from the injury that ruled him out of the win over Wales NC but Shropshire can include pace bowler Ben Parker for the first time this season alongside his Worcestershire Academy team-mates, batter Jack Home and off-spinner Joe Stanley, who will make their debuts.

Cornwall welcome back batter Joe Phillips, who made 250 not out for Gloucestershire’s Second XI against Essex at Colchester earlier in the week.

Slow left-armer Max Tryfonos is set for his first Championship match for Cornwall having made his debut in the competition for Herefordshire last season.

Christian Purchase has also been recalled for his first Championship appearance in three years with Ateeq Javid, Karl Leathley and Adam Snowdon dropping out from the side beaten by Devon.

Wicketkeeper/batter Finlay Richardson will make his Championship debut for Cumbria in their Eastern Division Two match againstBuckinghamshire at Chesham.

Richardson has helped Cumbria to reach the semi-finals of the 50-overs National Counties Trophy and will now have his first taste of three-day cricket as one of four changes to the side beaten by Cambridgeshire at Barrow.

Buckinghamshire are missing teenage batter Aadi Sharma, who made 96 on debut against Hertfordshire but who is required for age group duty by Northamptonshire this weekend and Chris Marrow, who has been suspended for one match for dissent.

Buckingham’s Michael Wells and High Wycombe’s Teddie Casterton are called up as their replacements.

Cambridgeshire host Northumberland at Peterborough with batters Ben Seabrook and Nikil Gornatla returning to their three-day side.

Wisbech Town wicketkeeper/batter Josh Bowers is set for his first county appearance of the season with Josh Porter also included in the squad.

Northumberland have batter Jack Jessop and slow left-armer Oli McGee back in their side in place of Sol Bell and Isaac Unsworth in the changes to the side beaten by Cumbria three weeks ago. 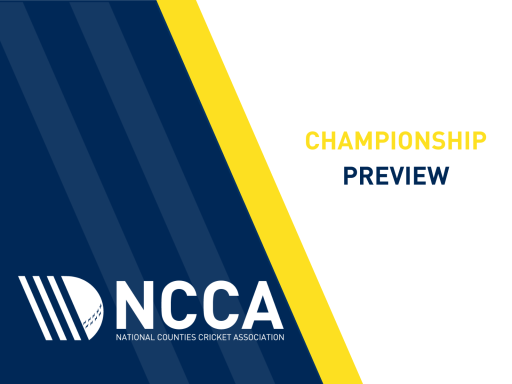