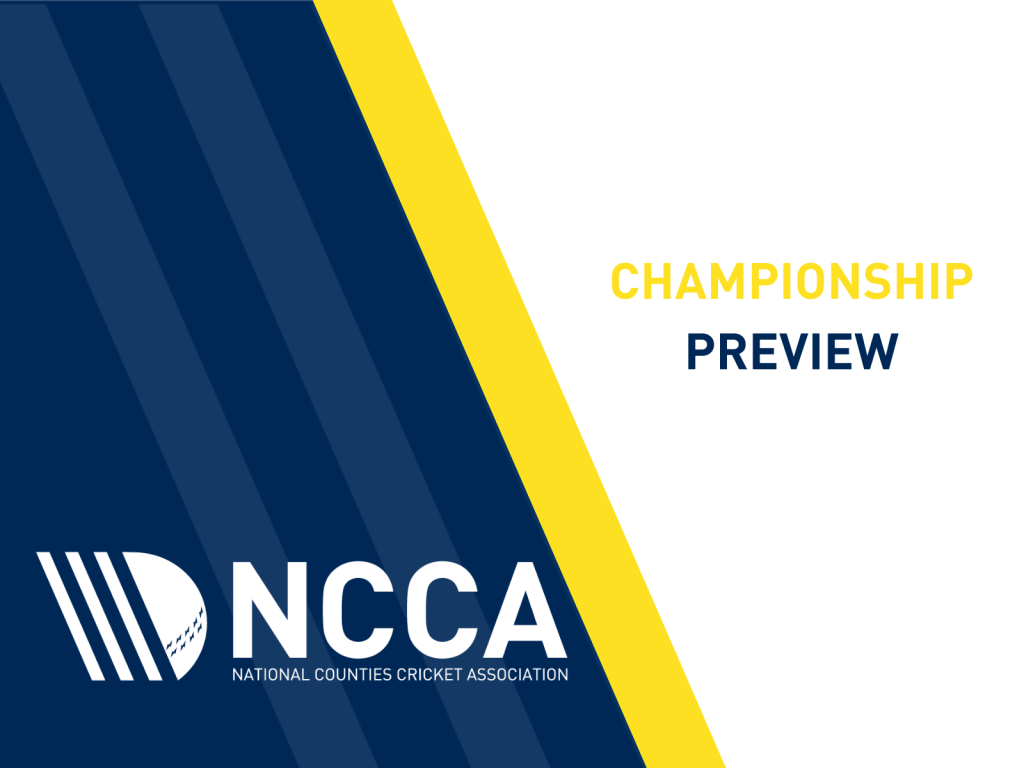 Worcestershire left-arm seamer Ben Gibbon will make his first appearance of the season for Cheshire in their National Counties Championship Western Division One opener against defending champions Oxfordshire at Alderley Edge on Sunday.

Gibbon’s last appearance for his native county also came at Alderley Edge last August when he took five wickets against Wiltshire, was recommended to Worcestershire who then invited him for trials before signing him.

Gibbon’s Worcestershire commitments – including three LV County Championship appearances – so far this season have prevented him from playing in any of Cheshire’s white ball matches. But he is not required by them this weekend so will return to Cheshire’s ranks for the three-day match.

Oxfordshire field a much-changed side to the one that beat Suffolk in last season’s final with captain Jonny Cater among those who are unavailable for the trip north.

Opening batter Jamie Treasure, another product of the county’s youth system, will make his debut with Callum Russell making his first appearance of the season behind the stumps.

Aston Rowant seamer Karl Penhale has been included in Oxfordshire’s side for the first time in six years with Harry Smith deputising as captain.

Herefordshire, who were promoted as Western Division Two champions last season, have named Worcestershire and former England Under-19 batter Josh Dell in their squad for Dorset’s visit to Eastnor.

Dell last played for Herefordshire in 2018 but returns as he continues his recovery from a broken finger sustained in pre-season training.

Former Worcestershire batter Matt Pardoe, who was unavailable for the Trophy match against Lincolnshire two weeks ago, returns to lead Herefordshire.

Olly Walker, who made a century against Lincolnshire, will make his Championship debut along with Scotland Under-19 international Jasper Davidson and leg-spinner Zak Abbas who has impressed in white ball cricket this season.

Dorset, who won by four wickets on their only previous visit to Eastnor in 2014, have batter Felix Organ back from Hampshire duty for the first time since late May.

Slow left-armer Charlie Gwynn will make his Dorset debut with Joe Huns, who made his county debut in the Trophy victory over Staffordshire two weeks ago, having his first taste of three-day cricket.

Leicestershire batsman batter/off-spinner George Rhodes will make his debut for Suffolk against Lincolnshire in their Eastern Division One match at Bury St Edmunds.

Rhodes, son of former England wicketkeeper Steve, played one National Counties Trophy match for Lincolnshire last summer but now lines up against them.

All-rounder Dan Freeman returns for Lincolnshire in the only change to the side beaten by one run by Oxfordshire in the Trophy last weekend.

Bedfordshire, promoted from Eastern Division Two last season, host Staffordshire at Dunstable in their first match in the top-flight.

Bedfordshire’s former Northamptonshire and Glamorgan batsman James Kettleborough has recovered from a thumb injury and will be a familiar figure for many of the Staffordshire side as he is playing as professional for Checkley in the North Staffordshire & South Cheshire Premier League.

Staffordshire give a debut to Milford Hall batter Sahal Malvernkar and there will be a first appearance in four years for Porthill Park seamer Dan Gibbs.

Gloucestershire Academy slow left-armer Max Shepherd is set to make his debut for Devon in their Western Division Two match against Wales NC at Abergavenny.

Shepherd comes into the squad in a straight swap for leg-spinner Ed Middleton who has been invited for a trial with Gloucestershire’s Second XI.

Devon captain Jamie Stephens and all-rounder Dan Goodey are unavailable for the trip to Wales.

Wales will give a debut to Josef Davies, a 21-year-old slow left-armer from Ammanford, and have recalled experienced batter Brad Wadlan for his first Championship appearance in four years.

But Kieran Bull, Tegid Phillips and Steve Reingold are unavailable this weekend and seamer Richard Edwards has announced his retirement from three-day cricket.

St Asaph seamer Jason Foulkes will become the first North Walian to play for Wales in the Championship in four years.

Wiltshire, who were relegated last season, begin their Western Division Two campaign against Shropshire at Corsham where Goatacre batter Keron Bennett-Thomas will make his debut.

Uzi Quereshi makes his first appearance of the season and there are Championship debuts for Cam Harding and Gloucestershire Academy all-rounder Ollie Meadows.

Shropshire have called up Ludlow batter Luke Miles and Bridgnorth all-rounder David Exall for their debuts.

But Exall is no stranger to National Counties cricket having scored more than 3,000 runs in 77 Championship appearances for Herefordshire, the last of them six years ago.

There are also some familiar faces in Cumbria’s team for their Eastern Division Two match against Northumberland at Tynemouth.

Northumberland give a debut to batter Ben Robinson, who plays his club cricket alongside du Toit for Newcastle and former Durham batter Sol Bell will make his first appearance of the season.

Cambridgeshire, relegated last season, host Hertfordshire at March and include batter Nikhil Gorantla who made his maiden Second XI century for Essex against Hampshire at the Ageas Bowl earlier in the week.

Seamer James Vandepeer and all-rounder Noah Thain will make their Championship debuts having impressed in white ball cricket this season.