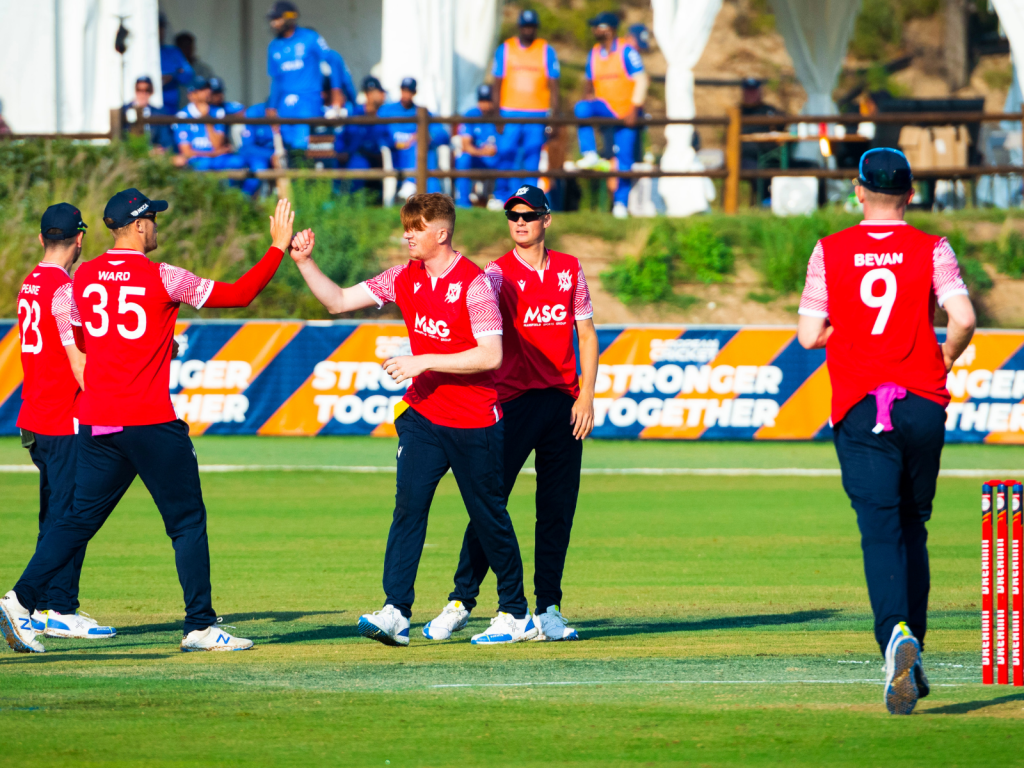 National Counties XI bounced back from a surprise defeat by Italy to crush Czech Republic by 72 runs in their second match on the third day of their Group C campaign at the Dream 11 European Championship T10 competition in Malaga.

After opening the tournament with four straight wins National Counties, who are representing England at the Cartama Oval, came unstuck against Italy who beat them by six wickets with four balls to spare.

National Counties lost openers Harrison Ward (Oxfordshire and Sussex) and Luke Webb (Dorset) cheaply inside the first ten balls of the match but recovered from 23 for three to 87 for six thanks to Dan Lincoln (Berkshire) who made 29 from 17 balls and Tom Bevan of Wales NC, with 22 not out from ten balls.

Zaman Akhter (Hertfordshire) and Euan Woods (Berkshire) took an early wicket each but Italy’s captain Baljit Singh made 43 not out from 20 balls to see his side home and to their first win in the tournament.

There was never a threat of National Counties suffering another defeat when they faced Czech Republic later in the day as they piled up 165 for five in their ten overs.

The pair added 96 for the fourth wicket after Mellor and Berkshire’s Andy Rishton (25 from 12 balls) had shared a third wicket partnership of 57.

Czech Republic fell short in their chase and were dismissed for 93, losing their last eight wickets for 25 runs including their last five wickets in the final ten balls of the innings.

Sam Pearce (Wales NC) took two for two in his only over – the ninth of the innings – and three wickets went down in eventful final over bowled by Herefordshire’s Alex Russell. It was a triple wicket maiden but only one wicket was credited to the leg-spinner as the other two were run outs.

National Counties continue their Group C programme on Thursday September 30 with another double-header against Finland in the morning and Czech Republic again in the afternoon.