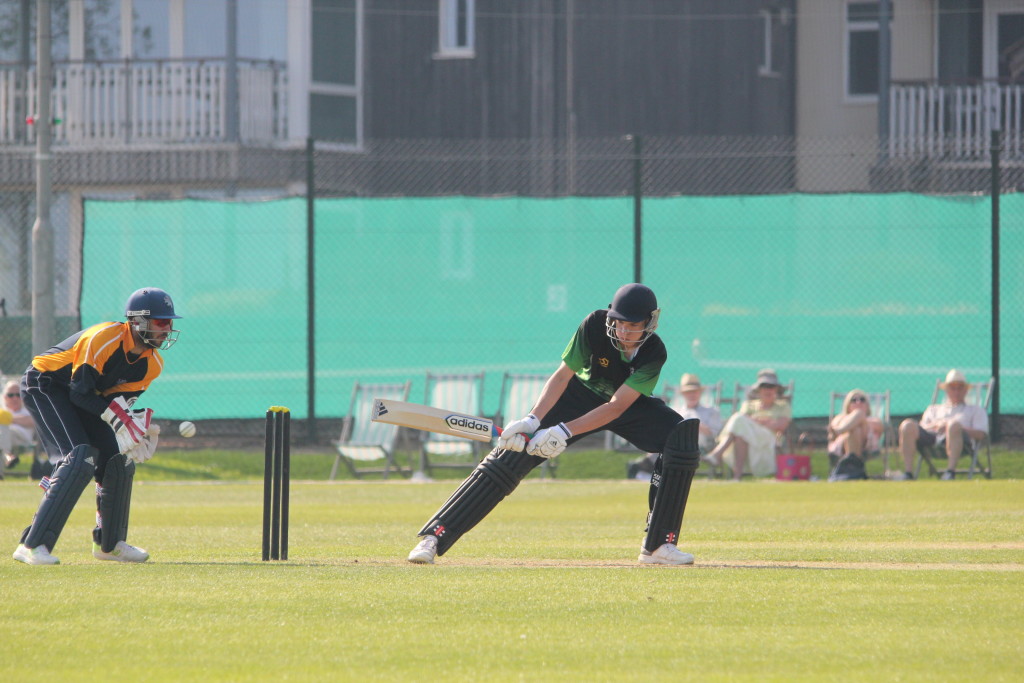 We caught up with Scott Currie (virtually) to bring you a 3 part interview on his latest cricketing successes and his journey towards first-class cricket. Read part 1 here...

Dorset all-rounder Scott Currie cannot wait to make his mark for Hampshire when cricket returns after the lockdown caused by the Coronavrius pandemic.

The 19-year-old from Poole has joined Hampshire on a one-year rookie contract and was hoping to push his claims for a first team place when the new domestic season was put on hold.

Having impressed playing for England in the Under-19s World Cup in South Africa at the start of the year, Currie was getting ready for Hampshire’s pre-season trip to La Manga in Spain when the decision was taken to recall the advance party.

“As a club Hampshire were due to go to La Manga. As they normally do they send a bowling group to go out first to bowl a few overs and acclimatise,” Currie said.

“There were a group of six of us and it was probably the shortest tour ever. We went out on a Wednesday and came back on the Friday.

“We got about ten overs in on the Thursday and then we were on our way home on the Friday afternoon so it was short but quite interesting.”

Before the lockdown, Currie had a busy summer of cricket ahead of him combining his Hampshire commitments with playing for Dorset in National Counties cricket.

“Playing in the Under-19 World Cup was a fantastic experience and there were quite a few things that I wanted to progress this season,” he said.

“Unfortunately the lockdown has come at a pretty bad time, but there’s nothing that we can do. We just have to wait for the green light to resume like everyone else has to.

“This is technically my first year as a full professional the new rookie contracts that have been brought in this year.

“They are only one year deals but they give you more job security than the old summer contracts which covered only six months. The rookie contracts cover the full year.

“The aim was to start in the second team with Hampshire - I’ve got a bit of second team experience under my belt - and then stake a claim for maybe the One Day Cup which was supposed to be played at the same time as The Hundred. Obviously that tournament has been postponed until 2021 now.

“I still intend to play for Dorset when I can. Last season I played quite a lot for Dorset both in the Championship and also in the T20 competition and reaching Finals Day was a great experience.

“Dorset have been excellent about understanding my schedule with Hampshire and I always enjoy playing for them whenever I can.”

While cricket awaits the all-clear to resume, Currie is keeping himself busy with a fitness schedule devised by Hampshire and enjoying the opportunity to spend time with his family.

“I’m in a pretty similar situation to everyone else at the club. Hampshire have given us a gym programme to follow so I’m trying to keep myself busy with that,” Currie said.

“I do that once a day, four or five times a week. It’s not that difficult, you have to make do with what you have got, but it keeps you ticking over.

“We’ve got some weights that my dad and brother have accumulated over the years so I have been out in the garden doing that.

“The rest of the time has been chilling out and spending time with the family which has been nice. During the cricket season you are so busy that you miss out on those opportunities so it’s been nice to do that. Otherwise it has been pretty mundane I’m afraid.

“You would like to think that at quite a young age you can get back into it fairly quickly when we are given the green light to play again. But you never know.

“As S&C coaches and physios will tell you there is a difference between being physically fit and bowling fit.

“You can’t replicate what you do when you are playing. You can do all the weights and strengthening exercises but unless you are actually back bowling it is going to take a little bit of time for you to get bowling fit again. As an estimate I would say you would probably need two or three weeks to get used to bowling again and having a bat in your hand.”