An interview with Scott Currie - Part 2

The changes should make it easier for talented youngsters such as Currie, who intends to continue playing for Dorset even though he is now contracted to Hampshire, to combine their National Counties and first-class commitments and develop their skills in a competitive environment.

“It’s good to see progression being made with National Counties cricket. I made my Dorset debut at 16 and it has always been very competitive cricket,” Currie said.

“The new divisions, with promotion and relegation, brings a new dimension to an established competition and bolsters National Counties cricket which can only be good for the game.

“I think it will allow more first-class counties to see what National Counties players are doing and it gives the players the chance to put themselves out there.

“The standard of the T20 Finals Day last year was immensely high. It was better than some of the second team cricket I have played.

“We had Felix Organ and Sam Young, who are full time professionals, plus Max Waller and Rishi Patel from Essex played for Hertfordshire. It can only be positive that you are playing with and against the best players out there.”

Currie played all of his formative county cricket for Dorset before he was recommended to Hampshire, as a 15-year-old, by former Hampshire and Middlesex batsman Matt Keech.

Currie was invited for a trial at the Ageas Bowl and, having impressed, he was then selected to play for Hampshire Under-17s in 2017, the season he made his senior debut for Dorset against Wiltshire at Corsham.

“I remember my debut. I was only 16, we played against Wiltshire who had people like Ed Young, Steve Bullen, Jake Lintott and Tahir Afridi so they had a really strong side,” Currie said.

“It was the first time that I had really been exposed to fielding for 90 overs and then have to come back in the second innings. It’s not something you are exposed to in Under-17 cricket.

“That was quite an eye opener for me but it does stand you in good stead going forward.

“I have always found National Counties cricket really tough. You would play on a Saturday for your club and then go and play three days of Championship cricket for Dorset.

“Some of those days can be quite prolonged. You field for 90 overs and then have 17 overs to bat on the first evening. It’s tough cricket physically and mentally.

“In county Second XI you might have one or two established pros who are not in the first team and then quite a lot of youngsters from the academy trying to find their way in the game.

“In National Counties cricket you have a lot of experienced players who have been playing at that level for some time and they know their game inside out so you always feel that you have to be on your own game all the time.” 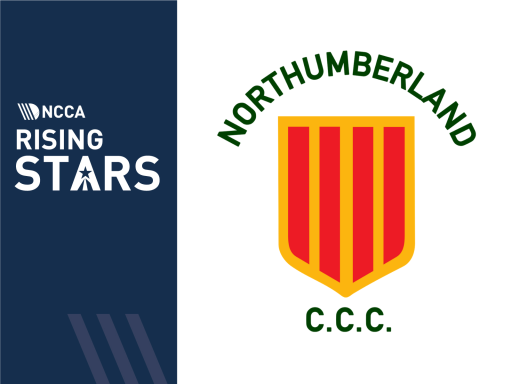 Matthew Scott made his senior NCCA debut for Northumberland in 2018 aged just 16. The...