An article by the County Collective ...

It should have been a landmark year for the newly rebranded National Counties and one that offered a throwback to the time when some of cricket’s lesser lights were offered a shot at giving the 18 first class counties a bloody nose.

As it is, the 20 counties find themselves with the more prosaic ambition of simply hoping that some cricket is played this summer.

Matches between the national counties and their first class counterparts were due to take place around the middle of July and offered both a potential money-spinning opportunity, and also a throwback to the days when the likes of Shropshire, Suffolk and Wiltshire would be offered giant-killing opportunities in the NatWest Trophy.

Northumberland were just one of the national counties – known as minor counties for the previous 124 years – banking on a substantial payday against Yorkshire.

Now they, like the rest, face a nervous wait to see if the games can do ahead. And it must be said, the chances of them doing so with spectators being present looks unlikely from where we stand now. A fact acknowledged by Northumberland chairman, Gordon Halliday.

“We were looking forward to playing Yorkshire, and still are, as that match has not yet been called off,” he tells The CC. “We have sold a considerable number of advance tickets.

That’s undeniably true, with no sporting governing body able to lean on any precedent when it comes to the handling of the current situation.

It was hardly the scenario that Richard Logan, the newly appointed National Counties Cricket Association (NCCA) Operations Manager, envisaged when he took the role in rather calmer times towards the end of last year.

Instead of presiding over what should have been one of the most exciting years since the minor counties cricket was first formed 124 years ago, Logan is wondering when the season will begin – and what kind of shape those teams that make up the competition will be in if and when the National Counties get the green light to re-start.

Despite everything that has happened, though, Logan is still intent on ensuring that the National Counties cements its position in the English game. Sooner rather than later.

“We want to make things a bit fresher, we want to encourage the younger players and we want to establish a clear pathway so that these players can see a way to progress into first class cricket,” Logan tells The CC.

“We had a big plan to showcase the game in these different areas, generate some revenue and also generate awareness. Whether they take place or not – and they were due to take place on July 15, 16 and 17 – we’ll have to wait and see. It was also interlinked with the start of the Hundred, with the plan being that these matches would be screened at the grounds too, again with the opportunity to drive revenues for the national counties.”

The Hundred has already been postponed until 2021 and the Showcase Games may also have to wait for their inaugural edition. That may be a cause of immense frustration to 20 counties who would have begun the New Year with a distinct sense of renewal.

Logan will hope that optimism can endure despite Covid-19 taking to the fixture list like a wrecking ball.

“We also want it to be a shop window for those players to get into first class cricket. Again, the Showcase Games are an ideal chance for players to perform against local first class teams. With The Hundred being played inline with the 50 over comp, there is also the opportunity for one of those players, if they shine at the right time, to be involved in that tournament.”

Rarely has there been such a carrot on offer for national counties’ cricketers. The hope at the newly-formed NCCA is that they won’t have too long to convert that opportunity into something more tangible. 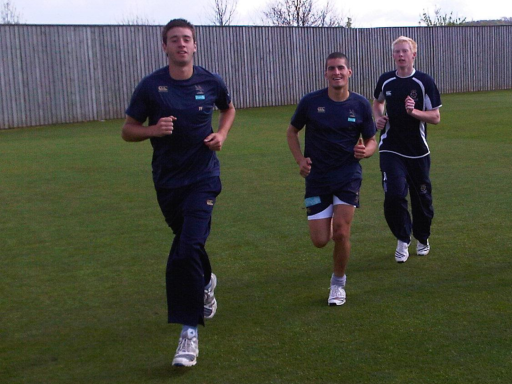 Another NCCA graduate making regular contributions on the International scene is...

Chris Woakes top scored with 84no as England chased down an unlikely target of 277 on the fourth...

David Willey tearing it up!

It’s fair to say that David Willey is tearing it up in this current ODI series against...